At its first meeting for 2019, the RBA decided to keep the official cash rate at 1.5% where it has remained since August 2016.

In explaining the RBA’s move today, Governor Philip Lowe says the slowdown in the housing market is having an impact on both buyers and renters.

“The housing markets in Sydney and Melbourne are going through a period of adjustment, after an earlier large run-up in prices,” he said in a statement.

“Conditions have weakened further in both markets and rent inflation remains low. Credit conditions for some borrowers are tighter than they have been.”

The RBA’s decision isn’t surprising given the state of the economy, according to realestate.com.au Chief Economist Nerida Conisbee.

“There’s still very mixed economic data out there – unemployment is now at just 5% and Sydney has hit its lowest unemployment rate since 1974, when it was 3.5%,” she said.

“The economy is not strong enough for an increase but not weak enough for a cut. GDP growth was strong in June but weaker in September.”

While most experts are expecting a rate cut soon, 46% of realestate.com.au visitors surveyed in December predicted rates would stay on hold in 2019.

For most home owners and even those looking to buy, today’s announcement won’t mean that either mortgage repayments or home loans will suddenly become cheaper.

Ahead of yesterday’s release of the findings of the banking Royal Commission, the Australian Prudential Regulatory Authority has been tightening lending criteria for quite some time.

This means banks and major lenders have been taking a much closer look at each applicant’s current spending habits and their ability to repay a loan.

Given the questionable lending practices exposed by the Royal Commission, major lenders are also unlikely to raise rates soon according to finder.com.au Insights Manager, Graham Cooke.

“The bigger banks may be less inclined to lift rates further out of cycle in a higher-scrutiny environment,” he says.

According to latest data from realestate.com.au, the most viewed land estate in WA during 2018 was the award-winning Vale in Aveley. It’s only 28km north-east of Perth’s CBD and is nestled next to the renowned Swan Valley wine region.

WA is a magnet for those seeking a laid-back and outdoorsy lifestyle with a touch of sophistication, and Perth’s vast bushland areas and pristine beaches meld with a cosmopolitan cafe culture and bohemian arts scene.

So it’s not too hard to see why Vale is attracting so much attention. It offers a peaceful lifestyle with a connection to nature and modern conveniences close at hand.

Every detail has been considered in the Stockland estate’s grand masterplan – from leafy tree-lined streets and lakes, to adventure playgrounds for the young and young at heart and a dog park for furry family members.

Residents can also enjoy special activities such as free boot camp, free outdoor movies on balmy nights, and school holiday activities to keep the kids entertained while parents have some down time. The custom-designed Aveley Adventure Playground and Aviary Creek are also a hit with tots through to teens.

In early 2019, the latest land release will be available – the Vista blocks range from 778sqm to a significant 2,059sqm for those who really like to have some space and privacy. Some of these spacious lots feature direct Swan Valley views and are also surrounded by mature trees and generations-old creeks.

The Western Australian economy and in particular the mining sector will hold the key to any improvement in the Perth housing market in 2019, after another sharp fall in values over the past 12 months.

Figures from CoreLogic show Perth dwelling values fell 4.7 per cent over 2018 to be down more than 15 per cent over the past four years, with units faring worse than detached houses.

The start of the housing market downturn, as well as corrections in the Perth office market and other property sectors, coincided with the end of the last mining boom, when interstate and overseas migration fell as resource jobs disappeared, reducing demand for homes and rental properties.

CoreLogic head of research Tim Lawless said he did not expect a rebound in Perth house prices in 2019 but the “slide in dwelling values should find a floor” over the coming 12 months.

“The Western Australia economy is seeing an improvement in jobs growth, lower unemployment and improving resources sector, with each of these indicators rising from levels that are well below average,” Mr Lawless said.

On a more positive note, Mr Lawless said the long-running downturn in the WA housing market had a silver lining with housing values “roughly at the same level as they were 10 years ago, providing one of the most affordable entry points to a capital city housing market when measured against household incomes”.

CoreLogic figures on Wednesday showed showed the median price of a Perth house at $471,730 with median unit prices at just $370,646 – roughly half the median values for both in Sydney, and well below median prices in Melbourne, Canberra and Brisbane.

ASX-listed property portal Domain – majority owned by Nine, publisher of The Australian Financial Review – is more bullish on Perth than CoreLogic, tipping values to rise 5 per cent in 2019 and a further 3 per cent in 2020 due to better economic conditions and better fundamentals in the mining sector.

So too is listed property giant Mirvac, which committed to more house and land projects in Perth in November saying the West Australian capital’s struggling housing market had bottomed out.

“We believe Perth has found a bottom and people are transacting. We are believers in Perth and we are putting money where that belief is,” said Mirvac boss Susan Lloyd-Hurwitz.

Also optimistic is Neil Kay, head of residential for WA at Knight Frank, who cited a steep drop in residential rental vacancy rates from from a high of 7.6 per cent in 2017 to 3.9 per cent in November 2018.

Mr Kay also pointed to the success achieved with the small number of new apartment developments launched in 2018 as a positive sign. One of these included ASX-listed developer Finbar achieving enough sales within four months of launch to get construction under way on a new project in the riverside suburb of Applecross.

“Over the next 12 months a lot will depend upon how the recovery in the resources sector continues to build in WA,” he said. “The initial positive effects are certainly being felt in the rental market and prime residential market and I fully expect this activity to continue into the market as a whole.” 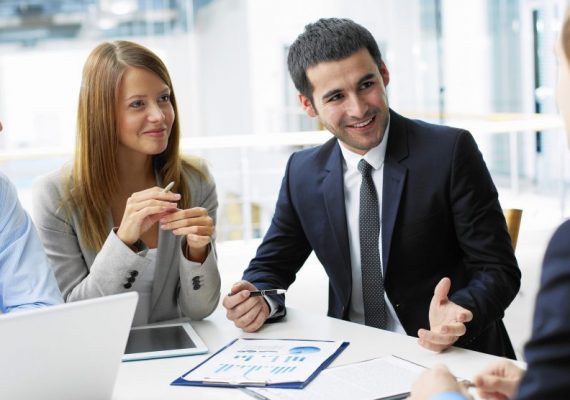 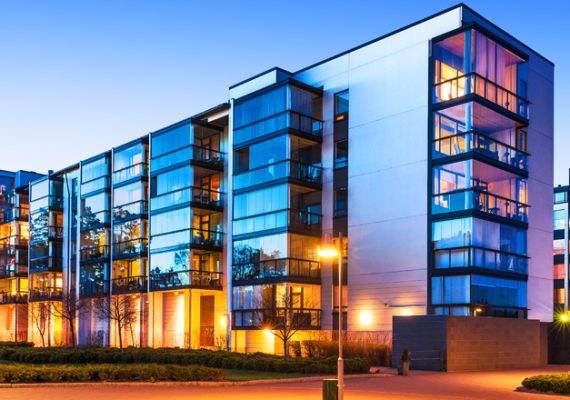 Get rid of all tenants problems with the Residential Property Management

You have bought your property, now you must choose if you will hire a Residential Property Management or whether you’ll deal with it on your own. Here is a look at major benefits a property management team can offer you. Benefit 1 – Fewer problem tenants Owning well-experienced Rental Property Management Perth can eliminate the…Read More→ 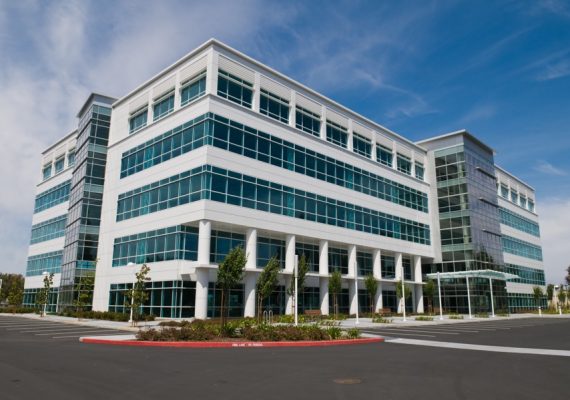 Let’s know about hiring South Perth Real Estate Agents benefits: Contact to the tenant for emergencies, property maintenance and all inquiries maintaining to the tenancy. Local landlord version that will work in your great interest and offer a service that will make sure landlord come across with tenancy terms and policies. To maintain and keep…Read More→ 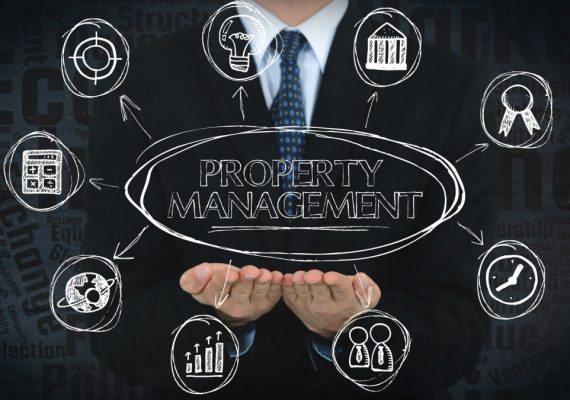 Hiring a Real Estate Property Management company eliminates the hassles of working your rental properties, but opting for the wrong property manager might have terrible outcomes. A property manager is liable for filling vacancies, screening tenants, answering to maintenance needs, collecting rents and other responsibilities maintaining to your rentals. They find you dependable and long-term…Read More→ 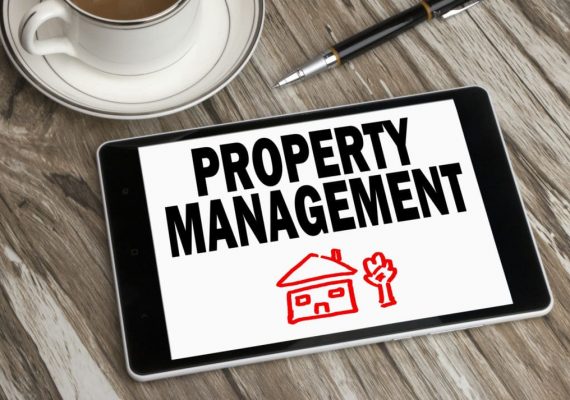 Many investors refer to Property Management Companies Perth to help them with this. And here’s why: Property managers can streamline rental payments.You won’t have to wait for long time to collect rent. Despite of that, your property manager will collect rent by making use of easy form of online platform that you can track. Property…Read More→ 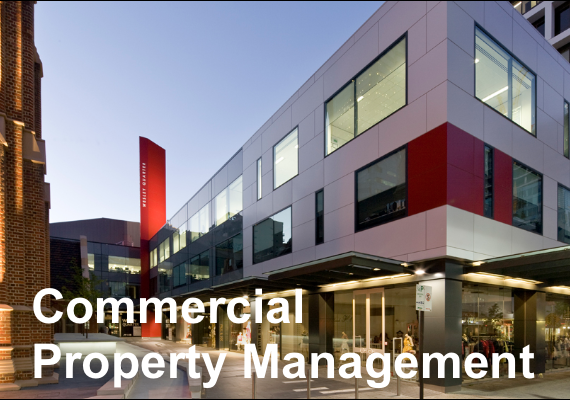 If you have owned a commercial or residential property in Dubai, it is important to consider long-standing through Commercial Property Management. Being a property-owner is not easy job but if you do not desire to do the weighty lifting, you must hire a property management company. With the facility of a property manager, your real estate…Read More→